Don’t get me wrong. I like a good bonehead as much as the next man but how did rock music, especially heavy rock, become so inextricably linked with the imagery of skulls? 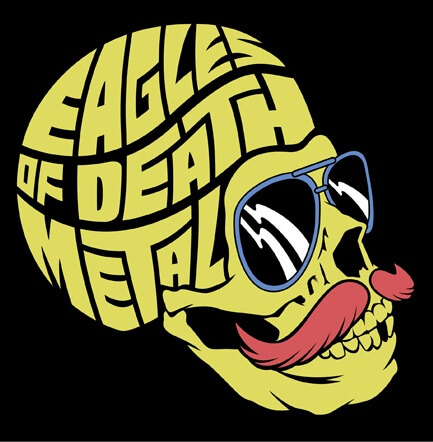 Sometimes it seems that, like the ubiquitous skulls themselves, the designers of HM and heavy rock artwork have nothing between their earholes which they could employ to create something other than an empty cranium to decorate the latest endeavours of the thrash, death, symphonic, melodic, doom etc etc hordes.

My first awareness of the use of skulls in rock music came with my exposure to the album covers and posters of The Grateful Dead in the late 60s. If there are earlier examples, I’d be delighted to hear from anybody who can enlighten me, but I know for sure that Stanley Mouse designed a poster in 1966 for the Dead’s September 16 – 17 shows at San Francisco’s Avalon Ballroom, which featured a skeleton whose skull was crowned with roses. It’s not too much of a stretch to understand why Mouse would come up with the skull as an appropriate image for a band called The Grateful Dead, but why it has taken off and been appropriated by bands including Pearl Jam, Guns n’Roses, AlexisOnFire and Avenged Sevenfold, and how it crossed over from there to be adopted/adapted by The Pogues, Hayseed Dixie and even – gasp – Cher as a suitable emblem with which to decorate their albums and, presumably, help sell their products, is a mystery.

We know that skull imagery has been prevalent in the art world for centuries. The fifteenth century Dutch painter Lucas van Leyden, created a painting of St. Jerome which showed the sainted chap handling a skull, and Shakespeare’s Hamlet (around the same time) had that Prince Of Denmark himself talking to the skull of his deceased chum Yorick. 19th century artist C. Allan Gilbert’s painting All Is Vanity is a trompe l’oeil showing a beautiful woman seated at a mirror but her reflection is revealed to be part of a huge skull when viewed from a few steps behind her.

So skull imagery is nothing new. The Mexicans have been using skull-related art and masks in their Day Of The Dead celebrations for as long as anybody can remember, and today’s tattoo artists are frequently asked to etch skulls into the skin of their clients. Maybe it’s as simple as that we all have an awareness, conscious or otherwise, that “in the midst of life we are in death”. I don’t know. Maybe you do.

3 thoughts on “Why is rock obsessed with skulls?”