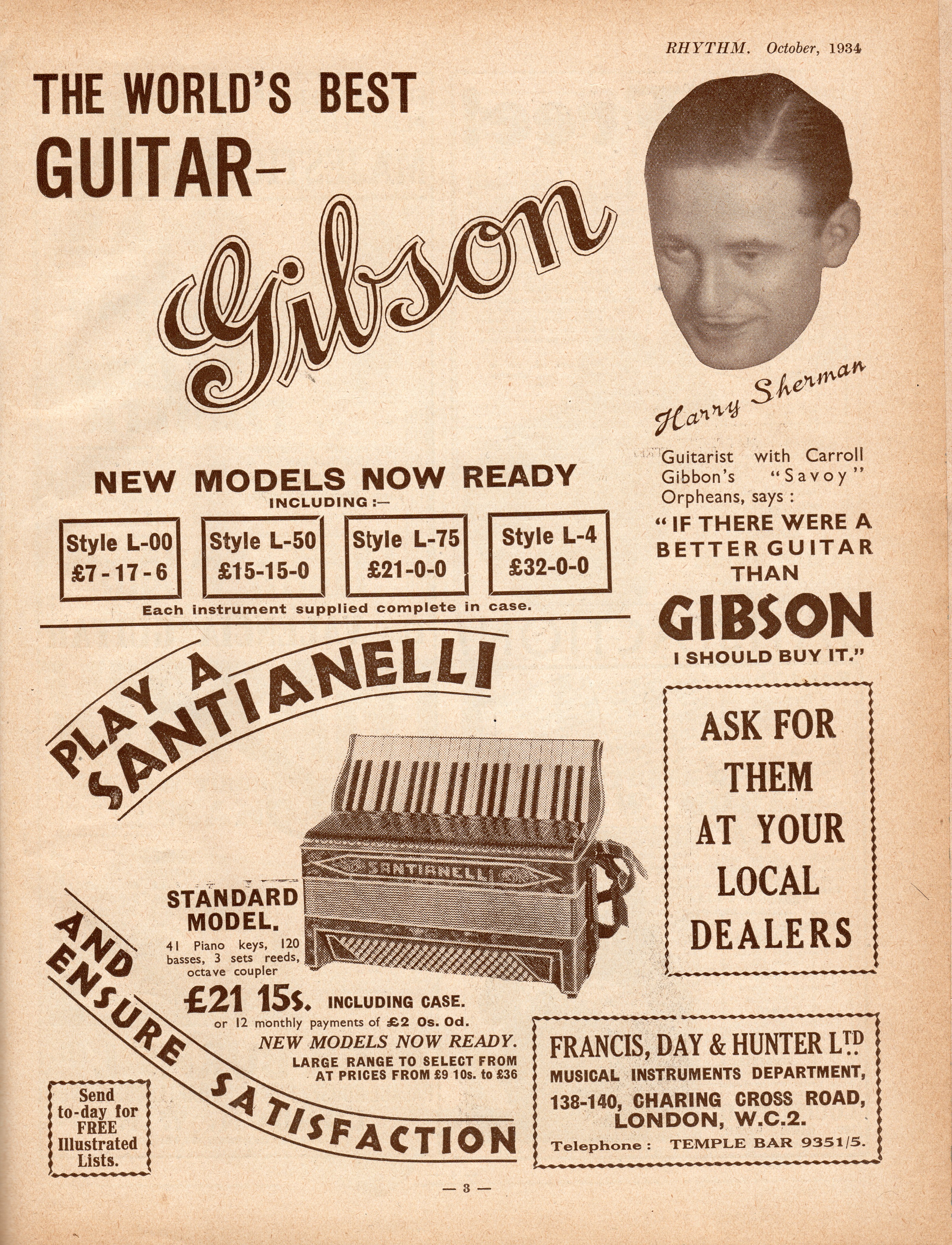 I forget precisely when but some years ago I picked up, for a few pennies, a bound collection of editions of Rhythm magazine published between October 1934 and September 1935. In perfect condition, they make for fascinating reading, not least for the naked, unvarnished racism of the magazine’s journalistic content. It’s enlightening to see the journalists tie themselves in knots trying to praise ‘coloured’ musicians for their raw talent while simultaneously berating them on every other aspect of their existence. I’ll publish some examples soon, I promise. 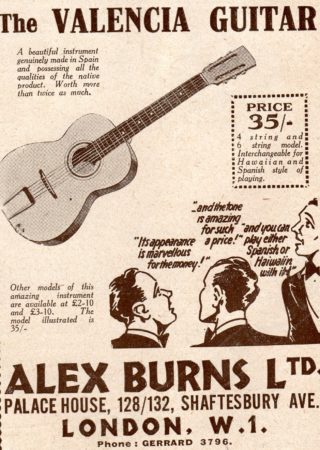 Meanwhile, purely for the gratification of guitar nuts out there, I am here reproducing several guitar advertisements from the October edition of Rhythm, which appeared on 25 September 1934. If nothing else, they’ll make contemporary guitarists drool over the prices of the instruments.

The ad for the Valencia model, at a mere 35/- (about £88.65 in today’s currency, and equivalent to one day’s wages for a skilled tradesman back then) – shows three gents in bow ties discussing its virtues, one of which is that “You can play either Spanish or Hawaiin with it”, an indication of the enormous popularity of Hawaiian music at that time.

The Radiotone (see below) was a somewhat more expensive prospect, running to £6.15/-, but also available on the never-never for a deposit of 11/6d plus a dozen monthly payments. 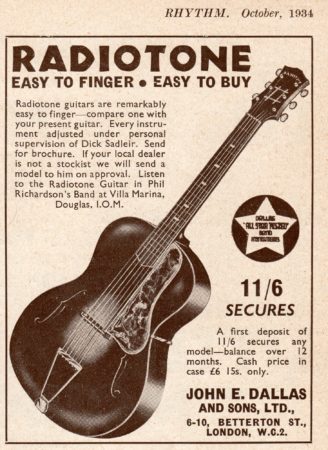 Presumably there was some comfort to be had from the knowledge that “Every instrument is adjusted under personal supervision of Dick Sadleir.” whose self-tutor and Strum-A-Long books helped many along the road to musical adequacy.

Smiling Louis Gallo of Tottenham in London offers three testimonials from “over 400 successful students” for his postal guitar course, which also covers banjo tuition. Satisfaction is, evidently, guaranteed, but no price is mentioned in the ad. 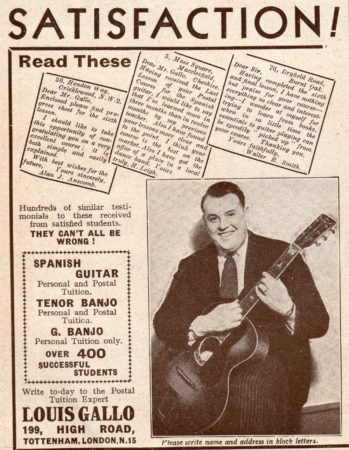 Finally, the range of four new Martin Coletti models, costing from £4.19/6d to an eye-watering £18.18/- (also “personally tested by Dick Sadlier”) offered “easy action” and “responsive tone” plus the novelty of  having dispensed with tailpieces which, the ad assures us “destroy tone”. 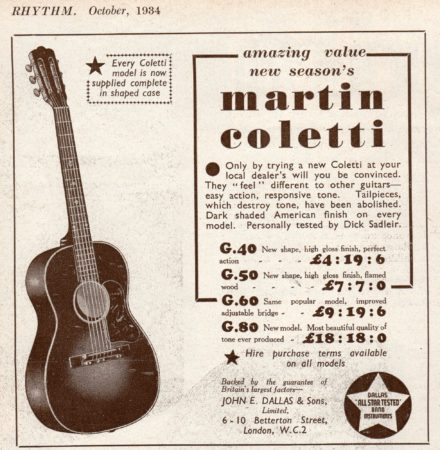 I’ll be dipping into my collection of Rhythm magazines again in future posts.