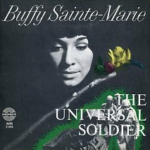 In 1964, the great Canadian singer-songwriter Buffy Sainte-Marie wrote a stunningly powerful song called The Universal Soldier. The idea of the song was that if the young men of the world simply refused to join armies, there would be no wars. It’s a fabulous idea, and I still love the song because of the ideal it tries to project.

Why Do Young Men Go To War?

If The Universal Soldier convinced even one young man to try to do something other than joining an army, then Buffy Sainte-Marie achieved something but, wonderful as her song is, what she was hoping to achieve was unachievable. These days, unfortunately, it begins to seem as if the pursuit of unrealistic objectives is becoming the norm when good-hearted people try to change the world for the better.

Yesterday I received a missive from an organisation called Crisis, whose slogan appears to be “Together We Will End Homelessness”. I’d love to end homelessness and I firmly believe we should all be working towards ending homelessness, but I don’t think the slogan helps with that aim. Why? Because it’s an unrealistic objective. 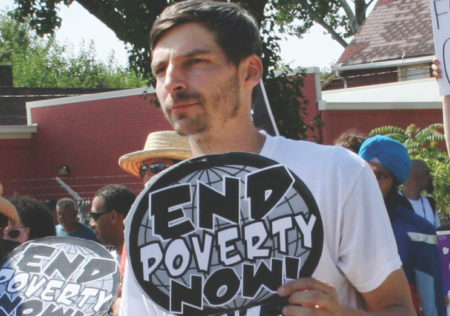 Ending Poverty Now – Is It Possible?

I felt exactly the same thing a few years back at the Glastonbury Festival when the popular slogan of the day was “End Poverty Now”. It’s a 100% admirable sentiment – but I felt then, as I feel now, that it cannot possibly be achieved. Why? Because it’s an unrealistic objective.

It has been pointed out – correctly I believe – that if all the wealth of the world was magically redistributed overnight so that everybody in the world woke up one morning with the same amount of money in their pockets as everybody else, by the end of the following week, there would poor people and rich people again. You see, many isn’t the problem. We are.

Of course I understand why the promo departments of organisations which want to achieve good and great things come up with slogans like ‘End Poverty Now’, because they certainly do sound dynamic and positive. They just cannot be achieved.

Try To Achieve The Achievable

I realise that more realistic slogans like “Let’s all try to alleviate homelessness as much as possible” or “Let’s try to lessen poverty as much as we can” probably don’t work as calls to arms. They’re too vague, too ill-defined, too wishy-washy to draw people in, but at least they are objectives that might be achievable.

If we have to rely, to some extent, on slogans to convince people that they should work together for the greater good of all mankind, we should try to come up with slogans that might stand a snowball’s chance of being achieved.

You Can Change Things

Maybe we need to create slogans which make more direct appeals to individual consciousnesses. Something like, “You can change the world.” or “The Things You Do Matter.” Or are they also too vague?

Somehow, we need to make individuals believe that the destiny of the world is something which they can help to change. Then there might be some hope that poverty, famine, disease, homelessness, violence, greed and all the other evils that beset us, might be gradually reduced.

We need, as individuals, to achieve enlightenment and accept responsibility for the state of the world we live in. Then maybe we can do something.

One final little thought. Do these charities ever all meet up to discuss some kind of overall strategy for making the world a better place? Or do they simply compete with each other to extract as much cash as they can from the public? I’d like to think it’s the former scenario, but I suspect it’s the latter.