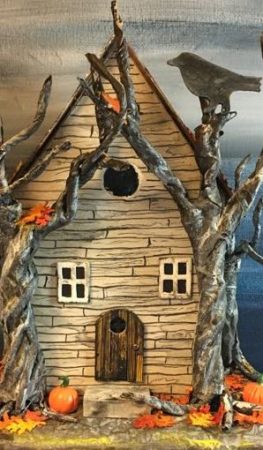 Something I really enjoy is waking up in the night and hearing our house coming to life. I did it this morning, waking while it was still dark outside, with just an occasional car passing by, briefly illuminating the curtains. I could hear my room creaking and croaking as the warmth of the coming morning started to heat up the wooden beams. As a child I found those noises worrying, thinking that it might be burglars – or worse – creeping around the house, but now I actively enjoy them. It’s as if the house is waking up, stretching, yawning, preparing for the coming day.

While I sleep, I usually have ambient music playing via a sound system I’ve installed under my bed, and when I woke up this morning the music playing was Etoiles by Hans Joachim Roedelius, followed with Romance by Peter Baumann, two of my favourite pieces. Perfect accompaniment to the ambient sounds of the house. I find it easy when I’m half asleep to imagine the house as a living entity, slowly letting its eyes slip open, scratching its head and flexing its muscles. It’s a friendly entity. I don’t know if its job is to protect me or look after me, but it does make me feel comfortable to know it’s always going to be there when I wake up.

It feels, for those moments in the early morning, as if I’m in a Ray Bradbury story and our house is in Green Town, where so many Bradbury stories were set. 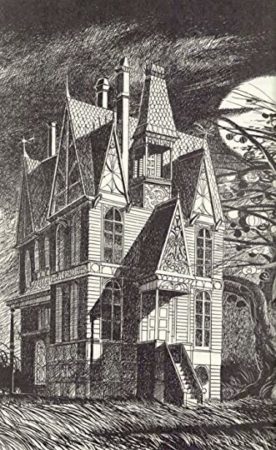 There’s a Bradbury story about a boy who is too unwell to leave his bed, so he learns about what’s outside from his dog, which comes to him every day with different smells of where it has been, and sometimes with things caught in its fur – twigs, grasses, burrs and suchlike – each of which provides information for the boy. That’s the story I’m in, except that I’m not a little boy and I’m not unwell and the dog hasn’t arrived yet.

It’s a good feeling and, when Romance by Baumann ends, the ambient music moves on to an hour long mix I’ve made called Solar System which is intended to evoke a voyage around our solar system. I never hear more than the first couple minutes before I’ve fallen asleep again, sometimes to be woken a couple of hours later by the sound of our dog, Ginny, scratching at my door to come in and jump onto the bed beside me, not unlike the dog in the Bradbury story. Life could be a whole lot worse.

1 thought on “Waking Up With The House All A-Creak.”